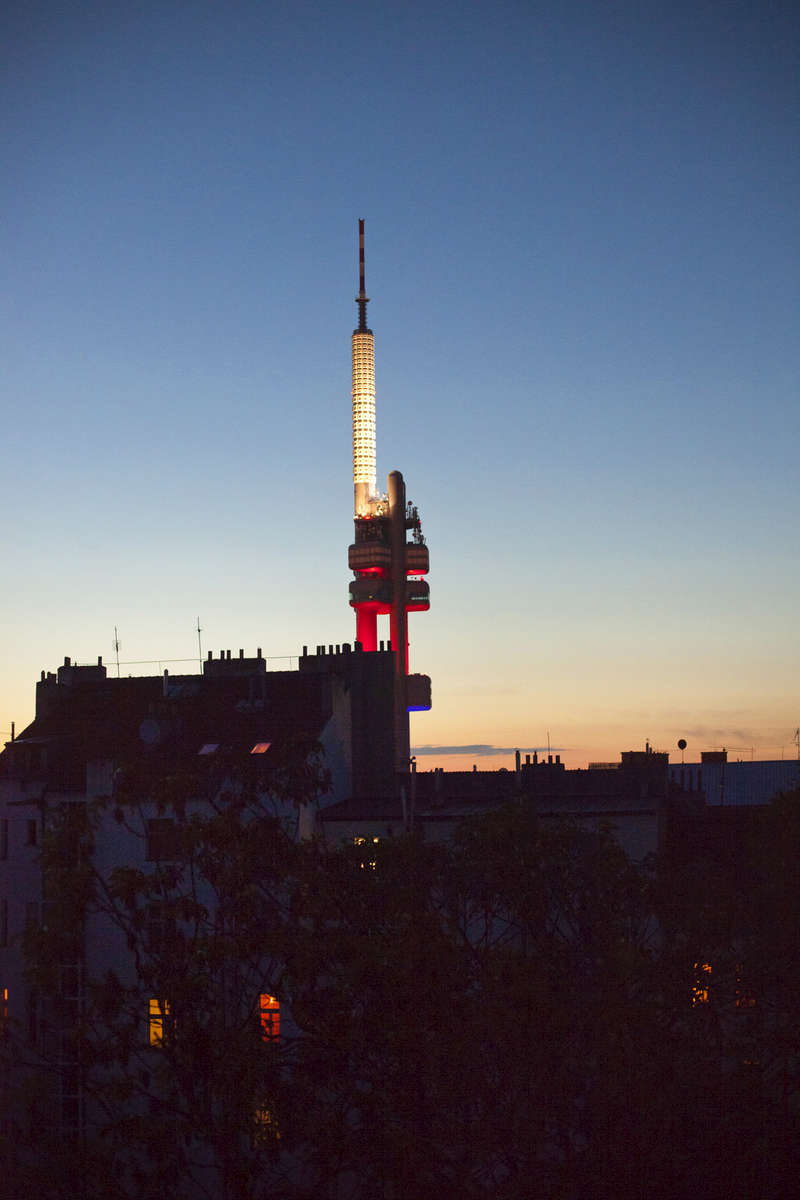 
The Žižkov Television Tower at sunset

(Czech: Žižkovský vysílač) is a unique transmitter tower built in Prague between 1985 and 1992. Designed by the architect Václav Aulický and the structural engineer Jiří Kozák,[1] it stands high above the city's traditional skyline from its position on top of a hill in the district of Žižkov, from which it takes its name. The tower is an example of high-tech architecture.